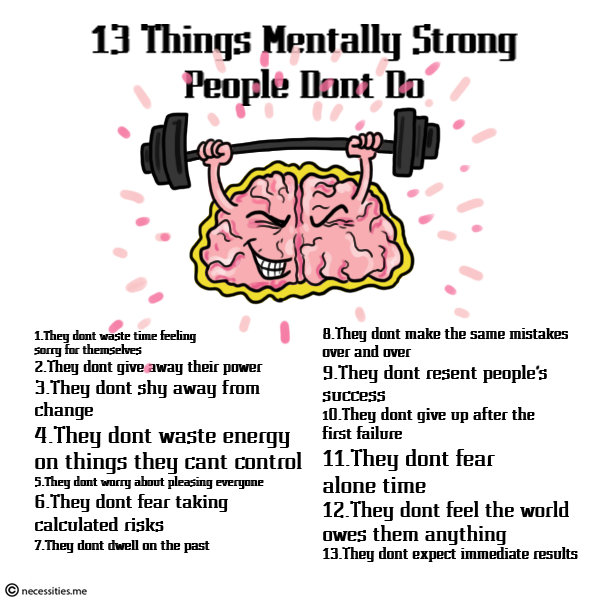 Love Warrior is a memoir written by Glennon Doyle Melton whose work I was introduced to through a fantastic Ted Talk that I highly recommend. Glennon reaches millions of people through her blog Momastery, where she writes about parenting, marriage, faith, addiction and recovery. She is also creator and president of Together Rising, a not-for-profit organisation which offers support and assistance to vulnerable people who have nowhere else to turn to. Together Rising has raised  $4 million in the past three years through its team of dedicated volunteers and fundraisers.

Love Warrior is centred around Glennon’s long term struggle with and recovery from bulimia, alcohol and drug abuse. As if that wasn’t enough Glennon’s husband, with whom she was raising three beautiful children then confessed to being unfaithful throughout their marriage, however she maintained her sobriety and resolve. As I read Glennon’s book, I was taken aback by her honesty and vulnerability. It’s a brave story of a woman who transformed her life through the practice of self-love, self-acceptance and self-acknowledgement (warts and all).

Glennon taught me the difference between change and transformation. We can change our clothes, hair-colour, partner, where we live or work quite easily, but beneath all the external changes it’s very likely that our underlying emotions and motivations remain entirely unaffected by these changes. True transformation, when we are no longer bound by mere circumstance, can only be caused by a change in our consciousness. Transformation reaches the core subtleties and patterns of our minds and emotions and unravels the root cause of our suffering, pain and disempowerment.

As we move through life we take on various roles, as we ‘become’ parents, leaders, spouses etc. What we forget is that in this ‘becoming’, we take on previous patterns of behaviour and thinking with us and are nothing more than our old selves but in new circumstances. We wear a new mask but beneath we are exactly the same. That’s the difference between change and transformation: unless we transform ourselves, when life gets rocky (which it inevitably does), our old self will show itself and we will feel desperately out of our depth.

Glennon crawled her way out of a very dark hole and in the process carved a new identity for herself, undergoing a complete transformation and reading her book, you can’t help but fall in love with her and the fearless way in which she shares her truth. Here are some of my favourite philosophies and leadership lessons from the book:

What’s a girl to do?

Some of the questions that Glennon recommends women ask themselves are:

“How can I be expansive and free and still be loved?

Do I trust the unfolding and continue to grow, or do I shut all of this down so I FIT?”

These questions are absolutely key to learning how to stand strong in our power as women, to finding our true purpose in the world and to balancing the need to be feminine, gentle and trusting with our inherent inner warrior.

Is beauty a responsibility?

External attributes such as beauty and so-called perfection are worshipped in our culture and some even correlate beauty with how successful we will be. This is particularly so for women and has far-reaching implications.

Being particularly striking as a child, Glennon learned at a very young age that, for women, “beauty is a responsibility”. She observed how being cute and pretty made people ‘warm’ to her, while being intelligent and expressive ‘cooled’ them down. As she got older she felt she lost her youthful beauty, which to her felt like a fall from grace, as if the world was disappointed in her. She began to doubt whether she would be worthy of offering or receiving love. Her deeply flawed and insecure attitude set Glennon on the path obsessively cultivating the ‘right’ image: hair colour, dress sense, body weight, attitude and all the external attributes that popular culture deemed to be beautiful. She followed this path at the cost of her emotional, spiritual and physical wellbeing. Love Warrior highlights a very important point – that, for a girl, being beautiful was in many ways a double-edged sword.

Could ultrasensitive people be like canaries in a coalmine?

Another really interesting point Glennon directs the reader to is the customary response to being asked how we are, which inevitably is “I’m fine”. It’s like a script handed down by society, which leaves little room for honesty, originality and connection. There’s such little space for us to speak the truth in our day-to-day lives. When we can’t say the truth, we act it out unconsciously and resort to attention-seeking ploys such as food, money, booze and sex. With mental health problems and addiction at an all-time high, is it time to change the script? If you are sensitive, think about this – could you be a canary in a coalmine? Not sure exactly what I mean? Let Glennon guide you.

In Love Warrior she talks of canaries and why they used to be carried into coalmines. You see, the air in the mines was filled with scentless, deadly toxins that the miners could not detect, but a canary’s body is sensitive to those toxins and when toxins reached dangerous levels, the canary would stop singing! This would serve as an alarm for the miners to start evacuating the mine. Glennon writes that sensitive people “are the ones on the bow of the Titanic pointing and yelling ‘iceberg!’ but everybody else just wants to keep dancing”.

If you’re sensitive, try to embrace and nurture this part of yourself rather than rejecting or altering it. As Glennon says: “The canary’s body was built to be sensitive to toxins, so the canary became their lifeguard”. Can you be a lifeguard for those around you?

Can a leader simply be a rule follower?

Glennon writes about how there were rules for every phase of her life: “do not be vulnerable, be popular by following the powerful boys, be thin, be pretty, be quiet, its humiliating to acknowledge how much we don’t know”. She found herself honouring these hidden rules in the hope that she’d eventually transition from being irrelevant to relevant.

According to Glennon a successful girl needs to be built in a pseudo culture where “you follow the hidden rules by any means necessary. You sacrificed your health and your body and your dignity, and you looked good doing it. You did not disrupt the universe with any of your feelings or your questions. You stayed small. You did not take too much space at all. You never surfaced, and when you needed oxygen – you left and breathed away from us. We never even met you. Well done.”

When I read this I was reminded of a quote from Seth Godin:

“In a battle between two ideas, the best one doesn’t necessarily win. No, the idea that wins is the one with the most fearless heretic behind it.”

These heretics are the people who decide to break the rules that no longer serve them. It’s often very tough for women to speak out, since society constantly hand us scripts and rule-books outlining and controlling how we should live and work. I was once given feedback at work describing me as “feisty” and “brash”, whereas a guy would have been a “go-getter” and “driven”. Analysis by Kieran Snyder in Fortune Magazine has concluded that women get more critical and negative feedback in their reviews, with a particular focus on their personalities when compared to men. Women are constantly being told to pipe down! Read more here.

Learning to critically evaluate feedback has been my saving grace. Even if we are unable to stand up to people who are dishing out unfair feedback in the moment, having perspective and understanding the ‘hidden rules’, helps us formulate an action plan. Leadership is about creating the change you believe in and accepting that sometimes rules are made to be broken!

Are we transforming or transporting?

Glennon resorted to distractions such as alcohol and drugs to fill the emptiness she felt inside her. It was an ineffective coping mechanism, which Glennon refers to as “tool for transportation”. Entering an alternate sensory experience lulled her pain but never soothed it. It was only when she learned to be still with her pain, allowing it to pass through her, that she experienced real breakthroughs and transformation. She was able to join the dots through perseverance and trial and error. Over time she learned to replace her old habits that didn’t serve her with effective coping mechanisms, which included writing, yoga, self-care, meditation and seeking a new identity rooted in who she truly was as opposed to the popular narrative spoon-fed by society to women.

Create a plan or do the next right thing?

Glennon found herself paralysed by tough life experiences on more than once occasion. She faced grave uncertainty, initially with her sobriety and later with the survival of her marriage and wellbeing of her children. Sometimes, when the rug gets pulled out from under our feet, all we can do is look for safe ground on which to make our next step and there is no time or space for following a grand plan. Glennon would wake up everyday and ask herself: “What would a sober, normal, grown up person do next? She would get up and make her bed. She would drink a glass of water. She would shower and go to work”. Taking it one step at a time when you can barely see the ground in front of you, now THAT is resilient living.

What is a crisis?

In Love Warrior Glennon offers a great metaphor for crisis that really resonated with me:

“Crisis means to sift, a crisis is a perfect time to let the extra fall away so only the important will remain.”

This reminded me of a family member, whose health crisis eventually led her to shedding weight and embracing a healthier lifestyle and of a colleague who after being laid off, donated most of her things and relocated to a new city where she is now thriving. If you are currently experiencing a crisis think about what is it that you can safely let go of? What can you sift? What is taking up space in your life that no longer serves you?

What can you do?

In order to create better lives for ourselves we need to find our true identities, which we uncover by learning how to ask better questions. Whatever crisis, insurmountable change or terrifying uncertainty you may currently be facing, here is a process that can help you form an immediate action plan. In Glennon’s case this plan comprised of feeling grateful for the blessings in her life and setting small daily goals such as sleep, eating breakfast and taking her kids to school.

Answers to these questions became the light with which Glennon lit a path that, for her, was riddled with uncertainty and insecurity and then she took that first step and inch-by-inch, day-by-day, she transformed her life. You too can bring about profound transformation in your life by following in Glennon’s footsteps.

Words To Grow By 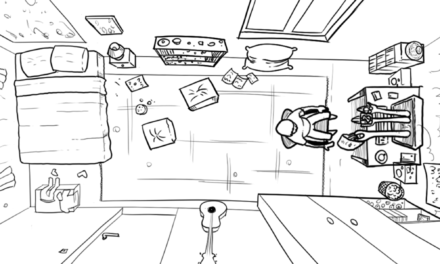 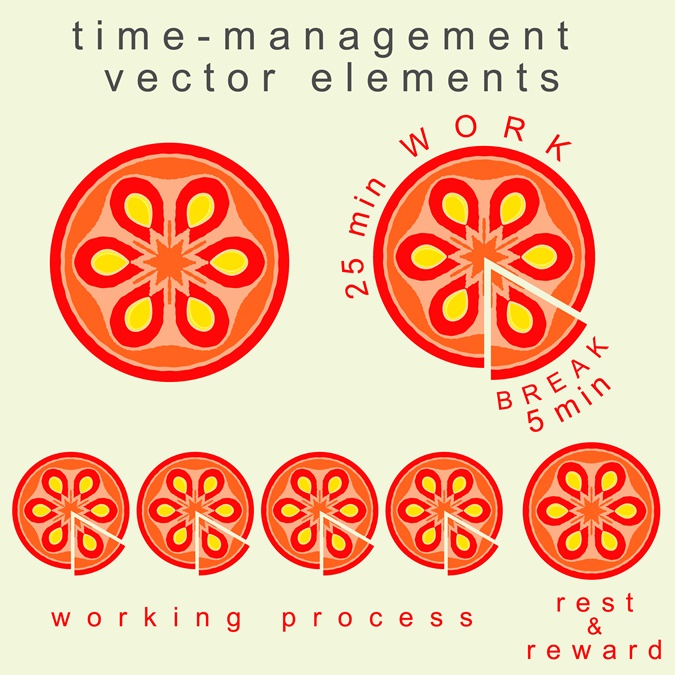 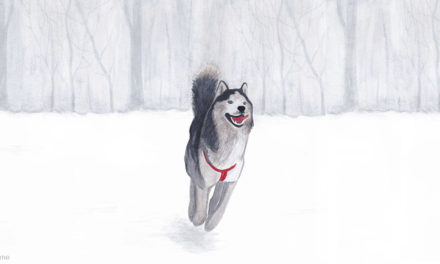 Unexpectedly happy: lessons on true contentment from hunters in Siberia